The 130-year old Hotel Kämp has seen and experienced a great deal. It is safe to say that the Hotel has played a significant part as the stage for remarkable events in the history of Finland and Helsinki - the story of the five star luxury hotel is one worth telling.

Carl Kämp, born in 1848, moved to Helsinki at a young age and started to make a name for himself in the restaurant industry. He quickly became a well-known and respected restaurateur whose goal was to design, fund and build a modern and continental hotel in Helsinki. 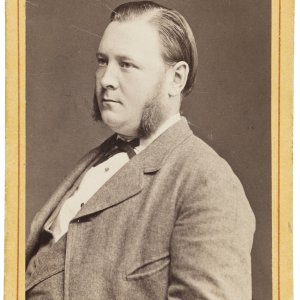 "Mr. Kämp had demonstrated with his arrangements that he is the city's pre-eminent master of ceremonies"
Hufvudstadsbladet 30.10.1887

The grand design of architect Theodor Höijer was completed in 1887 in the corner of Pohjoisesplanadi and Kluuvikatu. The media immediately praised the hotel as “regal”, “magnificent” and “continental”. Hotel Kämp also presented early adaptation of modern technology as it was the first hotel in Finland to have an elevator. 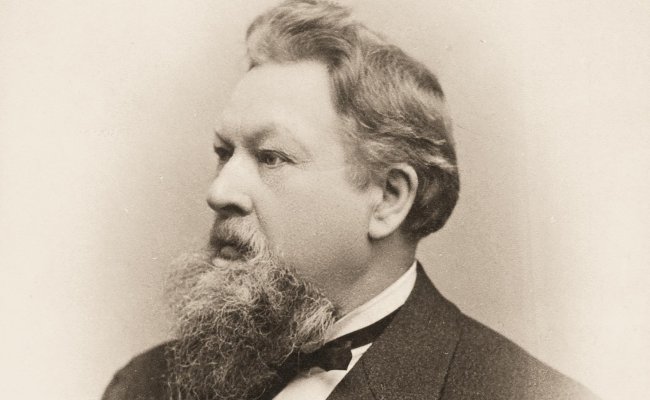 The master mind in Hotel Kämps architecture was Theodor Höijer, one of the best architects in Finland on those days. His skill can be seen in numerous places across Helsinki, including the art museum Ateneum. 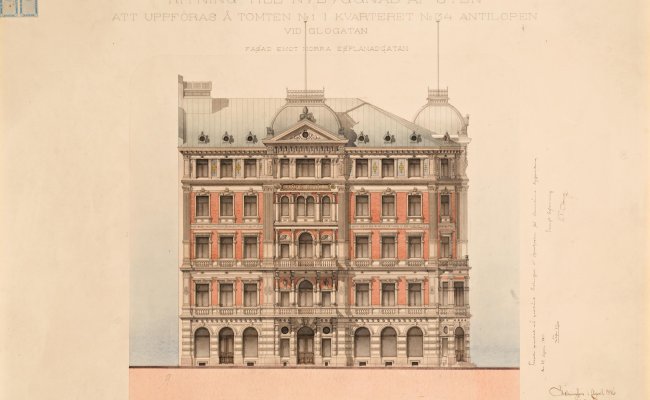 Back in the day in 1887 Hotel Kämp was Finland's first hotel to have an elevator. Other modern technologies were also applied, such as electric lighting.

Hotel Kämp quickly established itself as the center stage of the political and cultural scene of Helsinki. Before modern technology molded the media landscape, cafés and restaurants were the location where latest news and gossip were exchanged. Kämp became a focal meeting point for daily news and Päivälehti (now: Helsingin Sanomat) used to start their days with meetings in the Hotel café. The Young Finns (the modern, liberal movement of the late 19th century) had gotten a firm foothold in Helsinki via Hotel Kämp's café, inspiring and supported by many Finnish artists, writers and politicians of the Finnish Golden Age, like: Eero Erkko, Akseli Gallen-Kallela, Jean Sibelius, Juhani Aho and Kaarlo Ståhlberg.

As a favored venue for meetings and events, Hotel Kämp and its kitchen had to be of high standard to meet every customer’s expectations. Kämp restaurants have stayed true to their diversity and high standard to this day. 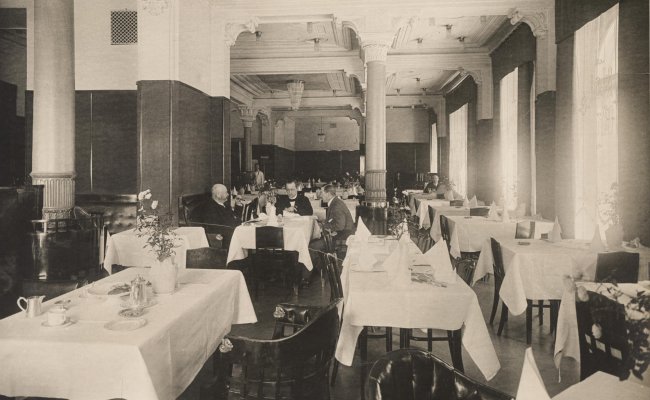 In the early 20th century, "Kämp Downstairs" became a place for business movers and shakers to meet, and before very long, a new nickname began to take hold - Pörssikahvila, or the Café Bourse. 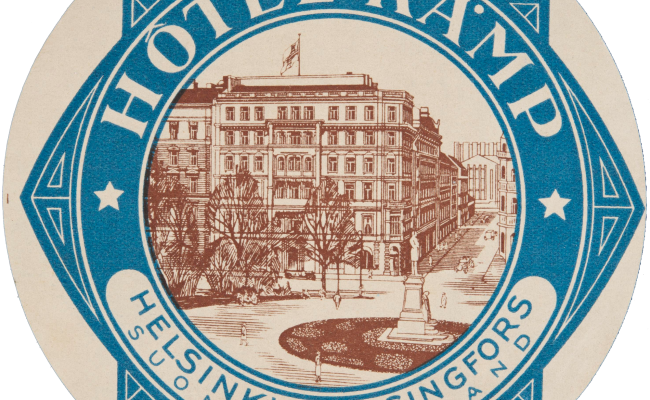 In 1914-1915, a sixth floor was added, which altered the building's appearance and facade.

It was common to stay at the hotel for longer periods of time; Marshal Mannerheim stayed at Hotel Kämp during the whole summer of 1919 and the most luxurious suite in the hotel is actually named after him. Since the early days of the hotel staff was used to serve important leaders of various nations; political and military leaders were everyday guests at the hotel. 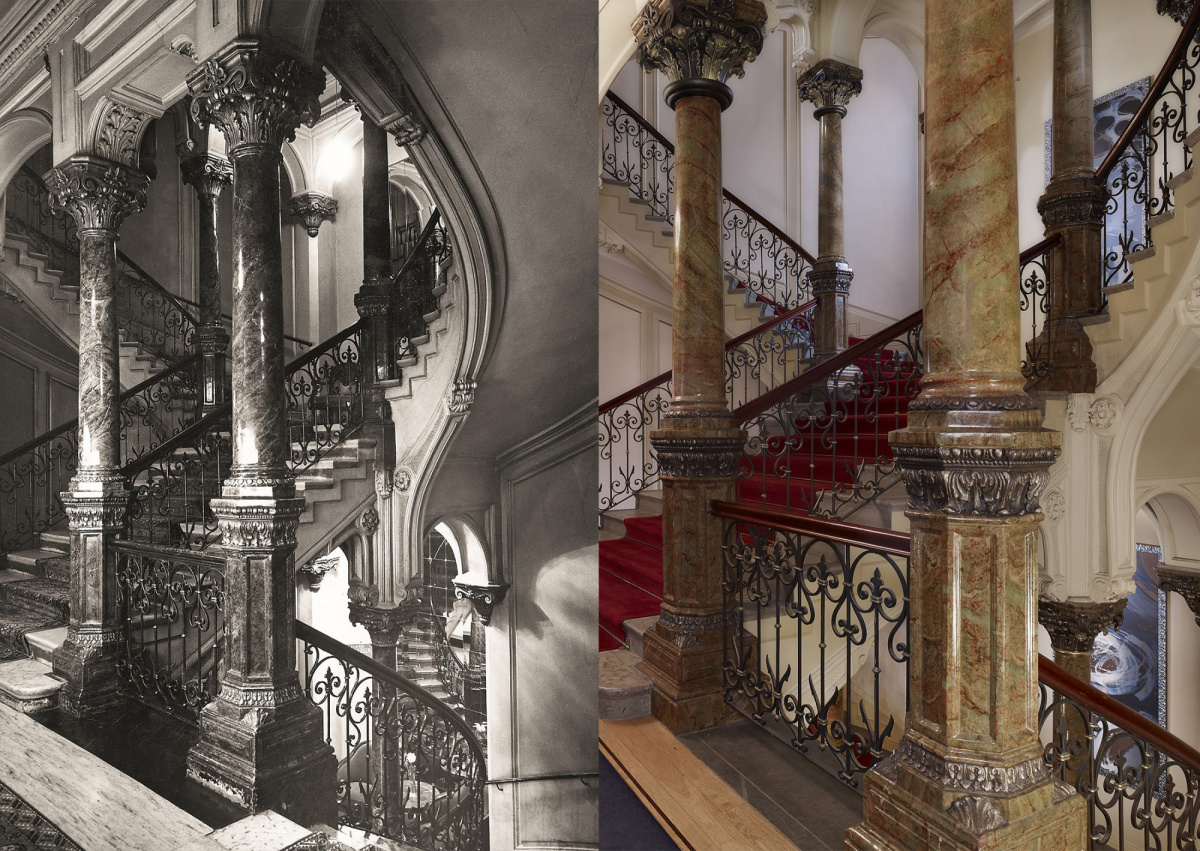 After several decades the hotel had been through the best and worse times in Finnish history and started aging rapidly. In 1961 Kansallis-Osake-Pankki announced that they would be interested in building a modern office building in Hotel Kämp's place. A people’s movement rose against the demolition of the Hotel and this event became a never before seen national controversy. In the end of March 1965 a lively party was held to give farewell to the hotel. The new office building was completed in 1969 and the KOP head office was located there until 1997.  In 1999 the Hotel, much to the delight of the people of Helsinki, was reinstated and brought back to life.

The history of Kämp is long and colourful and it continues to flourish to this day.

Share this page on your favourite social media network